What is Lithium-ion battery (Li-ion)?

14.How to choose right rechargeable lithium batteries for your devices?

16.Is it safe to charge batteries overnight? 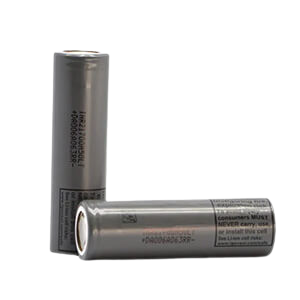 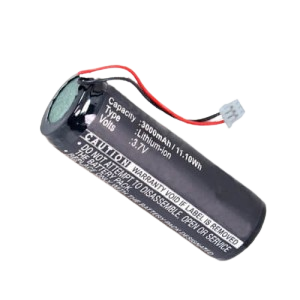 Common 18650 batteries are divided into Li-ion batteries and LiFePO4 batteries. 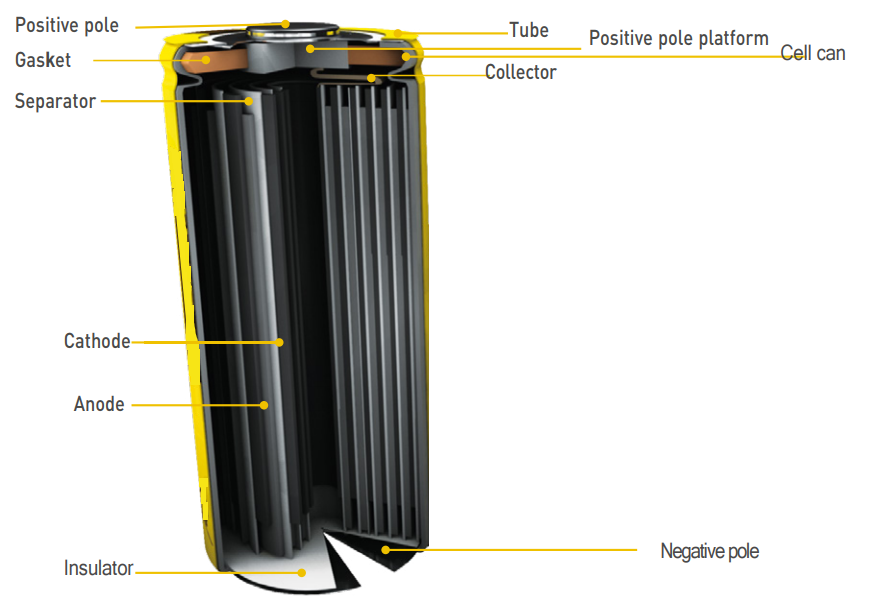 Due to the large capacity per unit density, most of it is used for laptop batteries. In addition, because the stability of 18650 at work is very good, it is widely used in major electronic fields.

PS: Lithium battery standard 3.7V or 4.2V are the same. It’s just that the manufacturer’s label is different.

The 18650 lithium battery has a long service life. And the cycle life can reach more than 500 times during normal use, which is more than twice that of ordinary batteries.

The 18650 lithium battery has high safety performance. For one hand, It do not explode and catch fire. On the other hand, it is non-toxic and non-polluting.

We can see its structure. There is a galvanized steel shell to endure inner pressure. Thus it will not explode.

As we mentioned above, the number of cycles is greater than 500 times. It has good high temperature resistance. Because and the power-up efficiency can reach 100% even under 65℃.

In order to avoid overcharging and over-discharging the battery, a protective board is installed inside. This method also can extend the service life of the battery.

The voltage of 18650 lithium batteries is generally 3.6V, 3.8V and 4.2V, which is much higher than the 1.2V voltage of nickel-cadmium and nickel-metal hydride batteries.

The 18650 lithium battery does not have to empty the remaining power before charging, which is easy to use.

This is completely in line with international standards. This kind of polymer lithium battery that supports large discharge currents is an ideal choice for remote control models and has become the most promising alternative to nickel-metal hydride batteries.

The biggest disadvantage of the 18650 lithium battery is that its volume has been fixed, and it is not well positioned when installed in some notebooks or some products.

The production of 18650 lithium batteries requires a protective circuit to prevent the battery from being overcharged and causing discharge.

26650 lithium battery is a model specification of cylindrical lithium battery. The definition law of its model is: 26650 type, which refers to a battery with a diameter of 26mm and a length of 65mm. Common lithium batteries made of nickel-cobalt-manganese cathode materials and lithium iron phosphate materials: INR26650-3.6V-4500mAh, IFR26650-3.2 V-3200mAh.

What are 26650 lithium batteries used in?

Result: No fire or explosion.

When the battery state is normal, it is discharged at 0.5C to 0V. Observe the changes in the appearance of the battery.

Result; no fire, no explosion.

3.It is difficult to short circuit externally: After the battery is standard charged, the initial state of the battery is measured, and its positive and negative electrodes are directly shorted when the battery is dry and explosion-proof in the center (the total circuit current is not greater than 50mQ).

Result: No fire or explosion. . 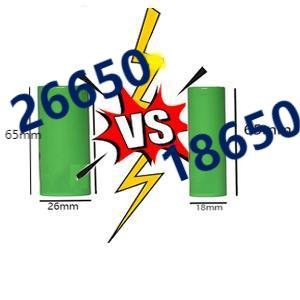 2.Differentdiameters of the two batteries:

Their cell heights are the same and the cell diameters are different.

The battery capacity of 26650 under the same battery material is larger than that of 18650.

It is assumed that the 26650 battery with the same ternary material is generally about 5200mAh, while the capacity of 18650 battery is mostly about 2600mAh.

So the battery life will be longer.

Q&A :How to choose right rechargeable lithium batteries for your devices?

Step 1: Read the instructions and guidelines on the electronic device.

This will provide you with the information related to voltage and compatibility and ensure you to buy the right one for your device.

Step 2:Eco-friendly batteries should be your first priority because they are great for your health and environment too.

Step 3: You need to consider its durability. Because you don’t want to purchase another battery before the year completes.

Step 4: If it is a protected battery. That means it is better to choose a rechargeable lithium battery with a PCB inside. Although PCB is a circuit, it is helpful to prevent battery from various problem like over-charging and over-discharging problems.

Regardless their good performance, 18650 batteries are famous because they can carry more power and can serve today’s high-tech flashlights. In addition, nowadays, the SOP of factor manufacturing is highly mature. The battery inconsistency probably decrease, so the 18650 batteries are safer and more famous.

Q&A :Is it safe to charge batteries overnight?

No. In a way, charging batteries overnight is the behavior of overcharging.It can shorten lithium battery life and damage overall longevity of the battery. At the same time, overcharging will reduce battery capacity Although there is PCB(Protective Circuit Boards) inside batteries, it is suggested not to charge your batteries for a long time just like a whole night.

You’d better not do that. Although both 26650 and 18650 batteries can be used to provide power for all types of devices which require batteries, do not ignore lithium battery consistency because their sizes differs.

No, you’d better not do that. Although 26650 and 18650 batteries are rechargeable regarding the current and output voltage, the size of 26650 is bigger than the size of 18650 battery. And every single cells are fixed in battery pack. It is difficult to change their position.